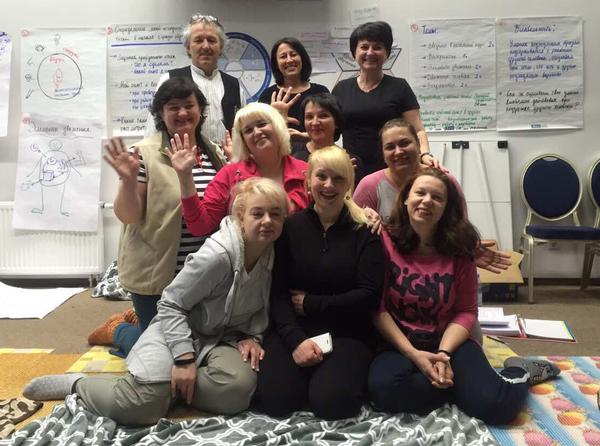 The Belarus Red Cross Society (BRC) continues preparation of kinaesthetics trainers level II. 9 BRC workers participate in the trainings. Lilia Korner and Stefan Knobel, trainers of the European Associaltion of Kinaesthetics, conduct the trainings.  On January 27 2017, the 3d 5-day training for trainers level II was finished in Minsk. Work at the training was very practical; trainees organized mini-trainings and master-classes, thus sharpening their training skills and solving appearing issues and nuances with the EAK trainers. The training aim was to prepare the trainees to conduct basic trainings on kinaesthetics independently which will be organized in all regions of Belarus. The participants of basic training will be: the BRC workers, medical and social workers, relatives and other interested people who take care of people with limitations of physical activity. The groups consisting of medical nurses of Minsk CO of the BRC, as well as medical nurses and junior nurses of the healthcare system have already been organized for basic trainings planned for February.

The next trainings level II are planned for April and June of this year. After receiving the EAK certificates of trainers level II the BRC workers will be able to conduct basic trainings for all interested people. 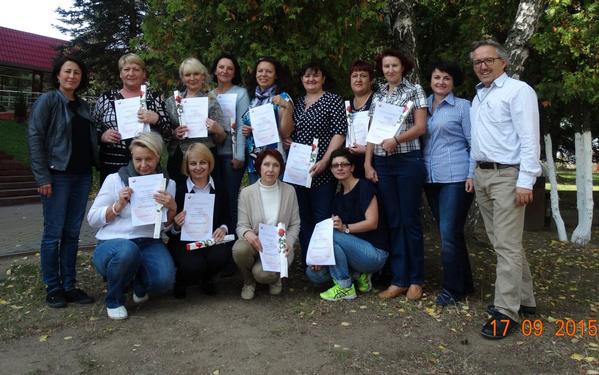 The trainings took place in different premises and different regions. The whole session consisted of five trainings which made up, in general, more than one hundred and twenty learning hours with the trainers and other participants, and more than two hundred hours of independent work , as well as work with beneficiaries. The trainers also worked in groups when doing their home works. 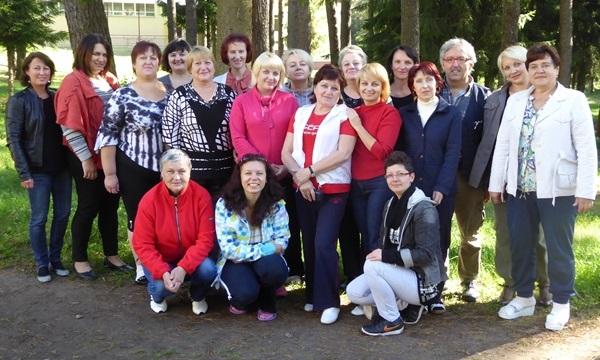 In Belarus there started a new project “Training of Kinaesthetics trainers in Belarus”. The project continues 5-year work on building the knowledge system, skills and approaches of Kinaesthetics (movement competence). BRCS has showed intention to keep developing Kinaesthetics to have a possibility to hold the basic courses for professionals and population.

Five trainings are planned within the framework of the project, their goal is to prepare Kinaesthetics trainers of the first level. Preparation of the trainer of the first level is aimed not only at practical use of Kinaesthetics methods and techniques. It is supposed that having trained as trainers of the first level nurses will be able to hold meetings, instruction of staff as well as purposefully support colleagues who participated in the basic course and follow-up course or peer tutoring in their institution. The education on each level lasts, as a rule, a year and consists of about 300 hours (including independent learning).

The realization of the project is planned in the period 2014 – 2016. Foreign Kinaesthetics trainers from the European Kinaesthetics Association and representatives of BRCS regional and city organization will be engaged to accomplish planned activities.

The first training within the frames of this project took place in September. The members of the Belorussian Red Cross Society, 15 visiting nurses from BRCS oblast and city organizations took part in it. The training was held by Lilia Körner and Stefan Knobel (trainers from the European Kinaesthetics Association). The goal of the training was further education of nurses in Kinaesthetics principles and concepts, improvement of knowledge in this sphere and further Kinaesthetics introduction into the complex of medical and social care in Belarus. The second training is planned for November, 2014. 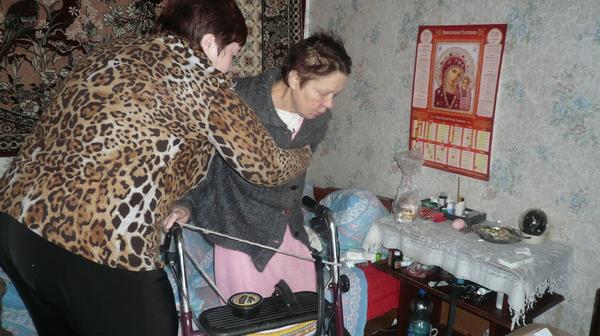 Information on the Kinaesthetics trainings in Belarus

Kinaesthetics is being implemented in Belarus within the Consortium of Swiss and German Red Cross Societies joint project “Strengthening the VNS BRC”.

The Belarusian Red Cross Society (BRC) has an important role in providing medical and social (MS) assistance to the population of Belarus, along with government health and social protection agencies through established in 1964 Visiting Nurses Service (VNS).

The main activities of the BRC VNS is to provide medical and social (MS) care for vulnerable people at home and in centers (rooms) of MS care which includes medical assistance, individual care, social and household help.

The VNS BRC beneficiaries are the most vulnerable categories of citizens (those who lost the ability to self-service and mobility and are in the terminal stage of disease): lonely and living alone elderly and disabled residents, patients with severe chronic illnesses (tuberculosis), and patients with HIV / AIDS.

As of the results of 2011, the VNS medical nurses provided MS care at home and in 46 BRC MS to over 14 500 people. The total number of visits to the MS centers was approximately 108,000 people and nearly 1150 people received home care; of these people, 35.1% (403 people) completely lost their ability to self-care and mobility. The total number of severely ill with HIV / AIDS (those receiving home-based palliative care), was 178 people.

MS care is provided to the VNS beneficiaries at home and in the MS centers and includes:

- Medical surveillance of the health of beneficiaries and implementation of measures aimed at preventing the worsening of chronic diseases;

- Symptomatic treatment and medical rehabilitation by a physician;

The VNS medical nurses gained recognition and appreciation not only in Belarus but also abroad. Florence Nightingale Medal, which is the most prestigious international award for nurses and a symbol of international humanitarianism, compassion and professionalism, was awarded in 2009 to Nina Bliznyuk, a medical nurse of Minsk city organization of the BRC, and in 2011 – to Lyudmila Lelikova, a medical nurse of Mogilev city organization of the BRC, for selfless service to lonely elderly and disabled beneficiaries.

Within the joint project of the BRC and the Consortium of Swiss and German Red Cross Societies "Strengthening of the VNS BRC”,  cooperation has been established with the European Association Kinaesthetics (JAC), which in 2010 allowed to launch the program of training the VNS BRC medical nurses  “Kinaesthetics in care for patients”. .
During 2010 – 2011, the beginning Kinaesthetics training course was attended by more than 70 people (55 medical nurses and other staff members and specialists of the BRC, representatives of other NGOs, the teaches of the Medical College of Polotsk, health care  institutions and  hospice nurses).

Introduction of Kinaesthetics in the work of the VNS medical nurses can improve the quality of care at home, increase the independence of the beneficiaries in performing daily activities, and preserve the health of medical nurses when caring for severely ill patients who have lost the capacity for self-care and mobility.


Coordinator of the project "Strengthening the VNS BRC" Svetlovich T. 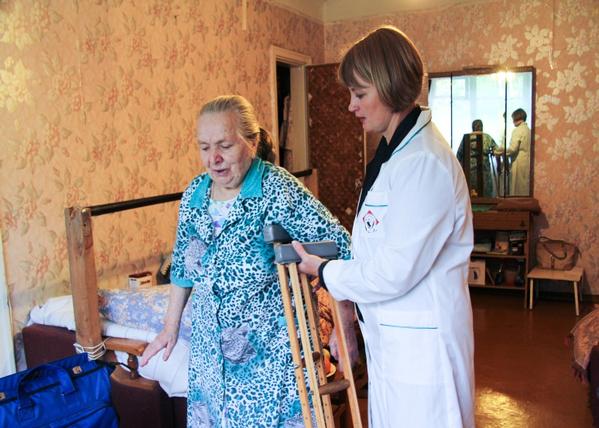 The Kinaesthetics trainings’ continuation on the Belarusian Red Cross Society.

In February 2013 Kinaesthetics trainings in Belarus came to an end; but from July 2014, a new project on education in Kinaesthetics is launched.  According to the planned results of the project implementation by the Belarusian Red Cross Society, 15 trainers in Kinaesthetics (second stage) will be prepared; they will be able to provide basic training in Kinaesthetics to all concerned.   First of all, it’s planned to organize the education of medical and social workers, as well as relatives of those people who are in constant need of nursing care.

In 2013, 18 medical nurses who received trainings in Kinaesthetics taught 394 persons the basic techniques of work with beneficiaries with mobility disorders.  The main techniques taught were how to turn a patient in bed, how to sit in bed or how to help a patient from the bed to the chair or wheelchair and so on in such a way that the beneficiaries make the best use of their own resources and the care-givers save their health.